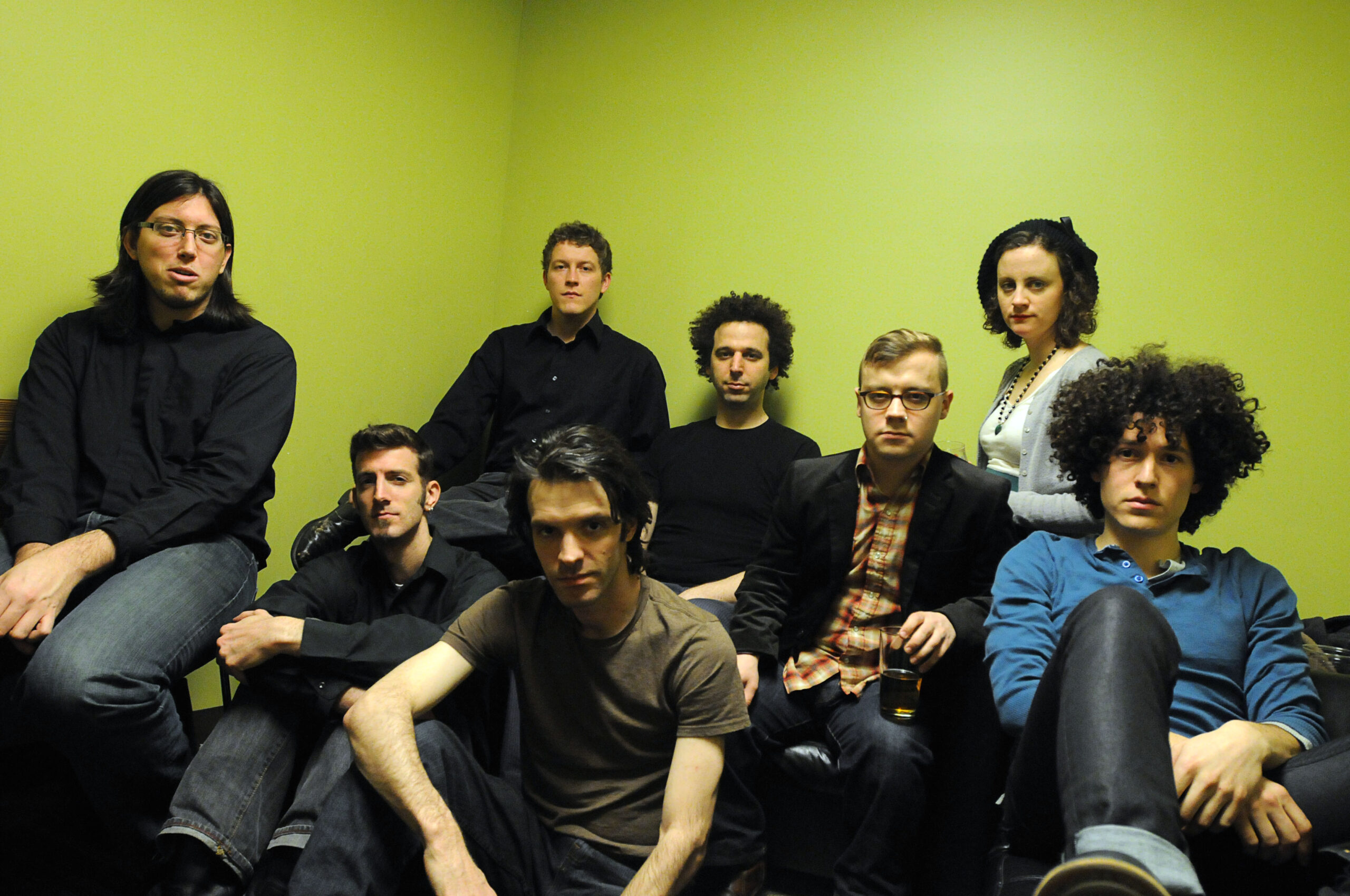 Emanuel Ayvas – singer, songwriter and leader of the 20-piece extravaganza called Emanuel And The Fear – may very possibly be a genius. I don’t come across geniuses too often so this may be hard to confirm. But… he is certainly one of the most talented songwriters and multi-instrumentalists I have ever met. He is a Wildman! A Warlock of sorts… on par with the great, gifted, and mystical alchemists of yesteryear who only purvey their secrets to a select few. Emanuel’s songs are extraordinary, inexplicable creations channeled from otherworldly places and then bestowed upon us in a seemingly effortless manner. I can’t say I know him well, but I can confirm reports of him having a raucous time at SXSW with a hodge-podge of his merry pranksters. This man is on a Kerouac-ian quest into the heart of an eternal spirit. To talk to Emanuel, one sometimes needs a willingness to suspend the present moment. Gazing toward an invisible horizon, he expands the listener’s consciousness with words that levitate the conversation to a place of unseen but potentially attainable realization. All this is even before he picks up a guitar! Like a sorcerer in his laboratory, his words are elements and his sounds are potions that once mixed together create a potent elixir. This music is a form of rare poetry devoid of any perimeter known in this dimension. You’ve got to see it to believe it…and once you do… I assure you…you will be better for it!